I just got back from an amazing trip from Argentina, and of course, one of the first things I do while I’m touring around a new country is ask the guides about the local history and the most notable women of the region.

Just imagine that one of the most powerful and successful executives in Argentina was a woman by the name of Amalia Fortabat. She caused quite a stir by divorcing her first husband and marrying a man 27 years her senior, who was the founder of a large and successful cement company. Their romance was the talk of Buenos Aires, where at the time, their relationship was anything but conventional.

It didn’t take long before she was immersed in his business. She was fluent in three languages, French, English and Spanish, and was the daughter of a prominent family (her mother’s family descended from Uraguay’s second president Manuel Oribe).

Following her husband’s death in 1976, she took charge of his business empire taking the company to greater heights, earning her the title “La dama del cement” or “The Cement Lady.” In addition to being a successful executive, Amalia Fortabat had a deep passion for the arts and philanthropy.

In the 70s, she created the Foundation Amalia Lacroze de Fortabat, “an institution that donates millions of dollars to charity and provides grants to children’s homes, schools and cultural centres.” And, in 1992 she was appointed president of the National Art Foundation where she continued to contribute her services to the arts and philanthropy to the end of her life.

One of the highlights from my trip was visiting her private art collection.

Here is a photo of the piece Andy Warhol created for her. 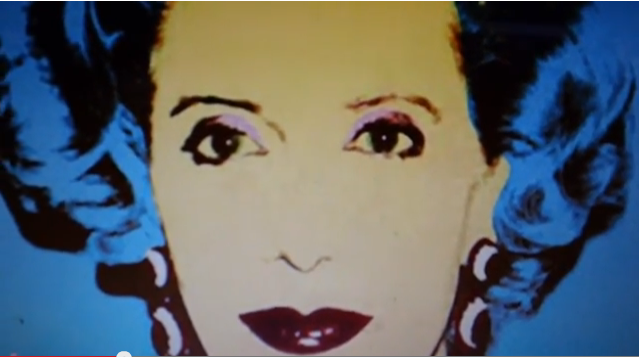 As you all know from my web site, I can’t wait to go to a new destination—one that I have not been before.  My recent trip to Corsica was one of them!  I didn’t know what to expect. None of my close friends had visited but I had heard that it is a charming island.  I don’t know about you, but when people say “charming” or “interesting” to describe someone or someplace, I am apprehensive. 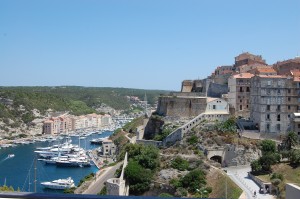 But there was nothing to worry about actually. Our hotel, although not super luxurious (there are no 5 star hotels in Corsica), was so beautiful.  It was located in the medieval city with beautiful restaurants and winding narrow streets.  What was more spectacular was the breath taking view of the port from our balcony.  A short walk down the hill led us to the port, which was packed with gorgeous yachts that travel through the coastline. 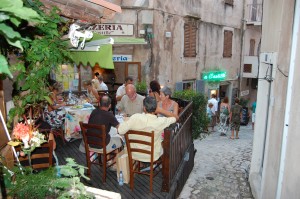 The beaches around Bonifacio were also something to behold—white sand and crystal clear, blue waters.  There is even a restaurant on an island that a boat can take you to for lunch.

We also spent a day hiking in the mountains (which had wonderful trails to a waterfall), and stopped by another quaint village and had an unbelievable lunch of osso bucco, duck confit.  We topped off our gourmet lunch with cheese and a chocolate soufflé. Thank Goodness we had gone for a hike! 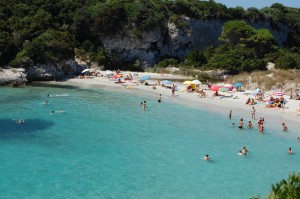 Our last day was spent visiting Sardinia.  Sorry to spoil it for you all, but Corsica’s beaches are more beautiful, and the island of Sardinia is not as green.  Of course, Calla di Volpi is a beautiful hotel, but all in all I was so glad that we had stayed in Corsica for the duration of our stay.

Here are a few pictures of Corsica.  Now where should I go off to next????