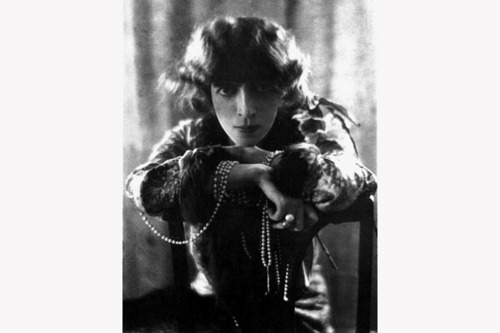 When we think about pioneering women, we think of women who have broken boundaries in different arenas. But pioneering women have many faces. Take for example the first American dare devil woman, Annie Edson Taylor, who was the first person ever to go over Niagra Falls in a barrel. The good news is that she survived, and went on to make a career for herself. Yes, you might wonder “what was she thinking about?” But, there is no rhyme or reason to following what takes hold of you.

Luisa, Marchesa Casati was another one of those eccentric women who marched to the beat of her own drum. And, in the meantime, she became a fashion icon, a muse to many of the most well known artists of her era. She invigorated European fashion, and will be forever remembered by her striking visage, ensembles, and entourage. In 1881 she was born into a world of privilege and grandeur. Her father was given the title Count Amann by King Umberto I himself. An Italian heiress of incredible wealth, her parents died when she was only 13 years old, leaving her and her sister an immense fortune – one that she would spend creating her fantasy dream world.

She bought a grand villa in Venice, which would later become the home of another extravagant woman, Peggy Guggenheim. There she would have some of the most talked about masquerade balls in Europe. Imagine Luisa Casati entering the room in her characteristic cadaverous makeup, shocking red hair, and coal-rubbed-eyes and her fantastical clothing ensembles that resembled costumes. Think Cher 1980s but on steroids! Of course, Cher never dared to walk around town with a leashed cheetah or wear a boa constrictor as a necklace. But Casati’s famous words encapsulate her philosophy on life, “I want to be a living work of art.” 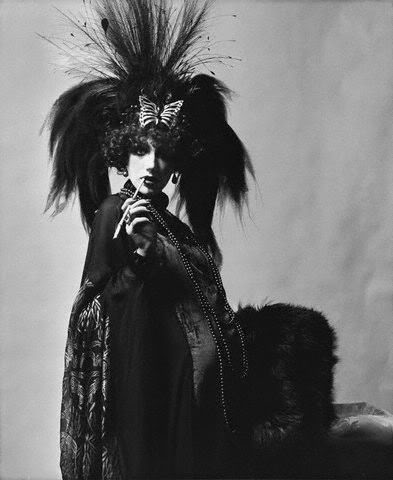 She wanted to create a life and image of herself that was beyond convention, but purely based on imagination. As the famous Laurel Thatcher Ulrich used to say, “Well-behaved women rarely make history,” – and this one-of-a-kind woman sure made an imprint in the annals of history.

Never mind the big parties, and the grand lifestyle, Casati was able to inspire generations of artists, poets, and fashion designers. In September 2003, Karl Lagerfeld provided a portfolio of sketches and photographs of Marchesa Casati for for The New Yorker magazine. Yves Saint Laurent and Tom Ford have also looked to Casati as a muse.

Although I am not one that is drawn to fantastical or extravagant life, I can still appreciate Casati’s choices because she showed a certain kind of boldness and confidence that is rarely seen. The lesson learned here, is that when you are truly being yourself and expressing your individualistic style, there is a level of authenticity that resonates with people. And this, in turn, moves others to do the same.